This is a submission to Game Off 2018

View the submission page for this entry

A downloadable game for Windows

MaD is an arcade-style shooter where you control a gunship helicopter to fend off waves of explosive drones.

The name "Ma Deuce" (MaD for short) comes from the nickname for the Browning M2 Machine Gun - a mainstay armament for a variety of military vehicles.

It also refers to your helicopter's unique armament setup, having two weapon mounts- one on either side, which can be fitted with a variety of weapons on-the-fly.

When fired alone, each weapon acts independently, but when two weapons are fired at the same time, their effects are combined into a single powerful weapon blending attributes from each.

MaD has a single game mode- an arcade-style survival mode, where you fight endless, increasingly powerful waves of enemies.

Clearing waves, as well as damaging and destroying enemies earns you points, while taking damage or dying loses them.

Enemies you defeat drop weapons for you to pick up in either one of your gun slots. Picking up a new weapon will replace a previous one, while picking up the same weapon again will add its ammo to your ammo pool.

Clearing a  wave of enemies has a chance to earn you bonus lives.

MaD can be played with either a keyboard & mouse or a gamepad. Your helicopter can move freely in any direction, regardless of which way it's facing, allowing you to move and shoot independently.

With the keyboard and mouse, a target cursor will be displayed, and your helicopter will turn to face the target. With a gamepad, the left stick will control your movement, while the right will control the direction you're facing.

The game can be paused and un-paused with escape, "P," or the gamepad "Start" button.

- Sometimes the mouse cursor disappears in the "GAME OVER" screen. If this happens, you can get it back by pausing the game.

- When using a gamepad, the game will automatically hide the mouse, but sometimes it doesn't. If it gets in the way, you can move it to the edge of the screen, and the game will ignore it until you start moving it.

- Sometimes menu buttons won't work on the first click. Just click them again and they should get the idea.

- Seeker missiles are fussy, and sometimes don't feel like changing course. They will still explode just fine, though.

Download the zip, unzip it, and run the executable. If your system needs additional files to run the game, the installer should run automatically and install them for you. 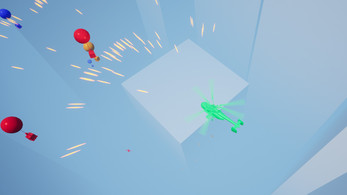 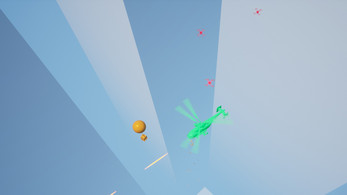 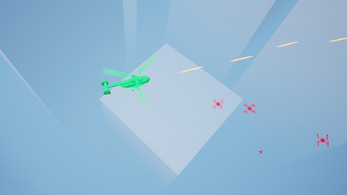 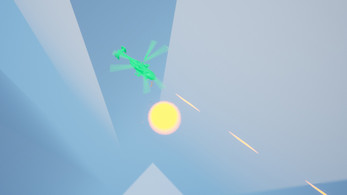